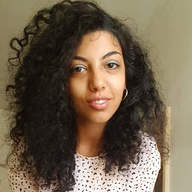 Update 1.0.7 includes a host of new features and various improvements to the web app, plus new macOS, Windows 10, and iOS apps.

Geofencing (Available only on SMB Plan and above)

Set a virtual safe zone in a real-world geographical area, and receive an alert when a device exits or enters the designated zone.

Messaging is a new addition to the macOS, Windows 10, and iOS apps and increases the functionality of our existing Spoken Messaging system (for macOS/Windows), and is a new edition entirely for iOS.

When sending a written message, the message will be displayed on the device's screen the next time it connects to HiddenApp's servers.

Feature Customization gives complete control to each account owner to select which types of data HiddenApp tracks for the organization's devices. For example, if your organization has a policy for location tracking but is not interested in other tracking data, it's now possible to switch off intruder-selfies/screenshots, etc.

From the account settings, you can now choose to disable the following data collection on all devices:

Once disabled, HiddenApp will no longer track and collect the chosen data type for all the enrolled devices in your organization's HiddenApp account.

What is feature customization?

Fleet View (Available only on SMB Plan and above)

Fleet View has received a facelift and can now be found under "Fleet Tracking".

It now has a cleaner menu, and we've added a shortcut from "Fleet View" to the "Device View" for convenience. We've also updated the device icons for pinpoint accuracy, increased the zoom capability and improved in-map navigation and focus.

The enrolment flow is now categorized by platform, with single and multi-device enrolment.

We've also included some common questions about enrolment, installation and deployment for your convenience during the enrolment process.

How to enrol your Windows, macOS or IOS fleet

We've improved "Location History" navigation by adding scroll functionality, a recent date selector, and a calendar to speed up search and find the most important events.

What is Location History?

We improved the clustering of locations in the "Location History" and devices in "Fleet View". Clustering no longer occurs at shallow scroll depths on the map, and we've added a spidifier to show locations/devices in densely populated areas of the map.

As well as adding support for "Messaging" and "Feature Customization", we've added support to force the Location/Camera permission with a check every 15 minutes if the permission is unchecked, the "Remote Lock" feature has also been improved, plus various under the hood performance and stability improvements.

We've added support for Messaging and Feature customization, as well as various performance and stability improvements.

Did this answer your question?